At least 3.2 billion of the world’s people are still at risk of contracting malaria, and an estimated 350-500 million clinical malaria cases occur annually. More than 600,000 malaria deaths occur in Africa and most are children under 5 years of age. Around 60% of these clinical cases, and about 80% of malaria deaths, occur in sub-Saharan Africa. Malaria constitutes a major barrier to social and economic development in the region.

In South Africa, malaria is mainly transmitted along the border areas. Some parts of South Africa’s nine provinces (Limpopo, Mpumalanga and KwaZulu-Natal) are endemic for malaria, and 10% of the population (approximately 4.9 million persons) is at risk of contracting the disease. Malaria transmission in South Africa is seasonal, with malaria cases starting to rise in October, peaking in January and February, and waning towards May. 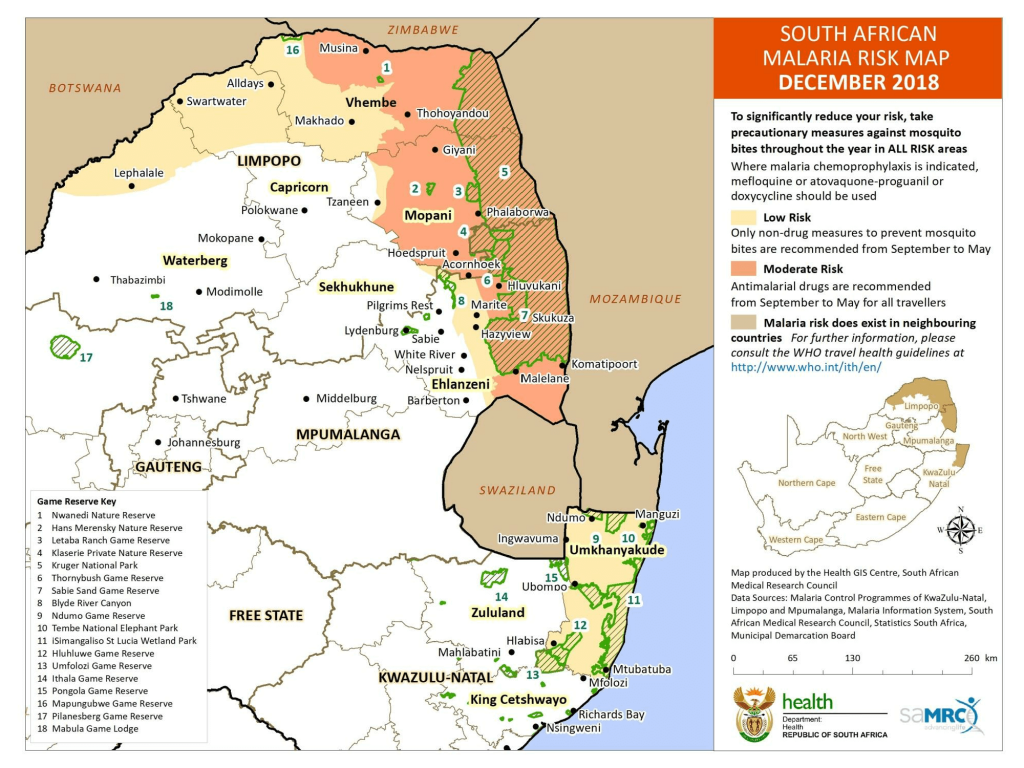 Malaria is a preventable and curable disease. If not diagnosed and treated early, it can also be fatal. Preventative and curative advice can be found under Malaria Prevention & Treatment Advice.